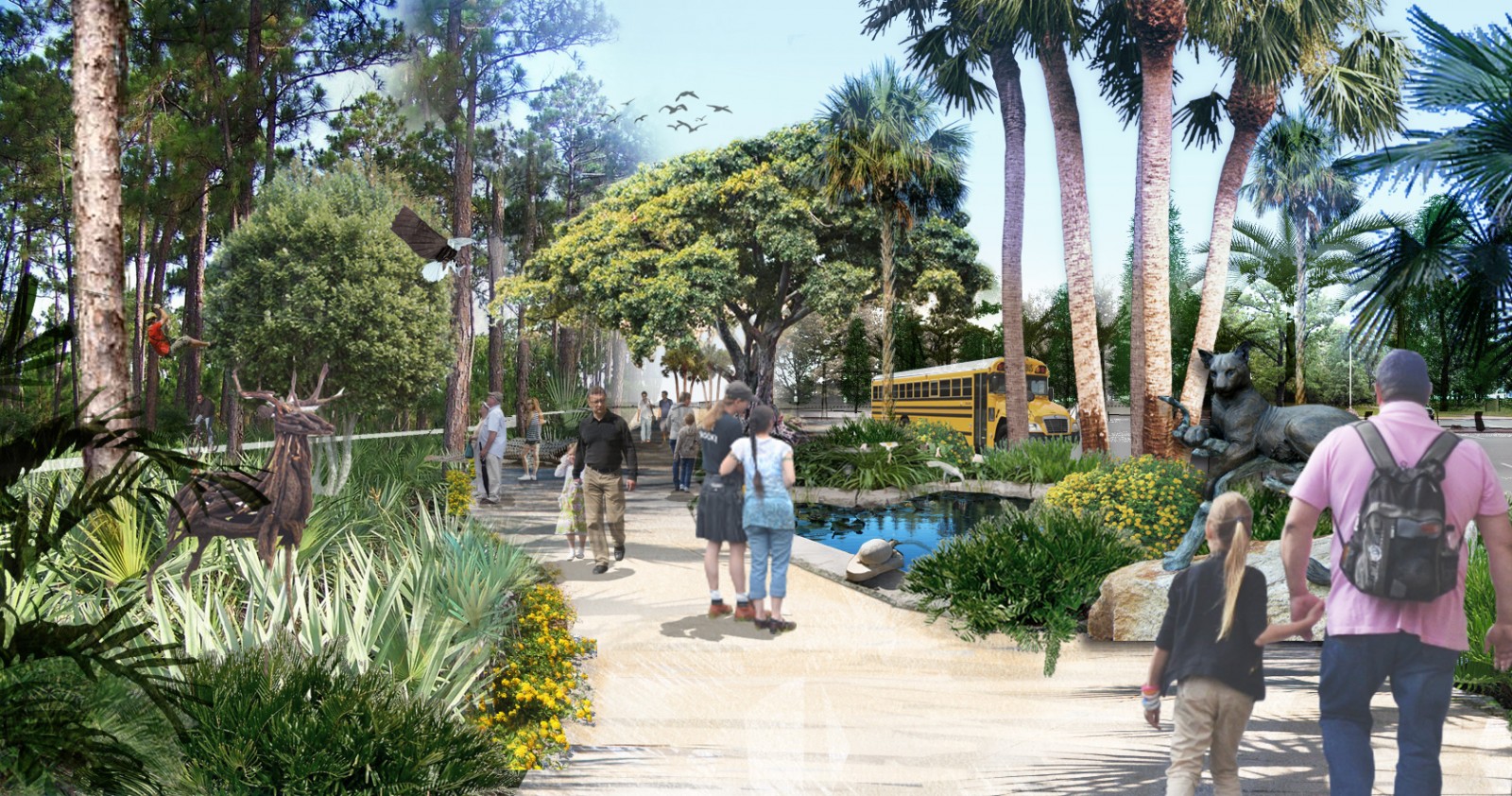 Our development team has responded to a Miami-Dade County initiative to plan a large recreational-based theme park, adjacent to Zoo Miami, including a water park, a family entertainment center, hotel, various retail venues and a 1.5-mile-long Wildlife Walk linking the attractions. Our team, led by 20th Century Fox, responded with the Miami Wilds Proposal, inspired by the existing zoo’s and surrounding natural ecology.

Wildlife Walk will create an “emerald necklace,” roughly 1.5 miles long, along the parking area, connecting the 20th Century Fox theme and water parks, as well as Zoo Miami and the Gold Coast Railroad Museum Park. Our role is to create an open space experience which celebrates the flora and fauna of the region. Wildlife Walk will become an attraction in itself, inviting visitors to meander through landscaped trails of Pineland Hammock plants, one of the most endangered habitats in the world found only in Dade County, “discovering” plant and animal exhibits, natural “sinkholes”, waterholes with native fish, as well as incorporating lively activities with zip lines and bikeways: the idea is to both inform and entertain.