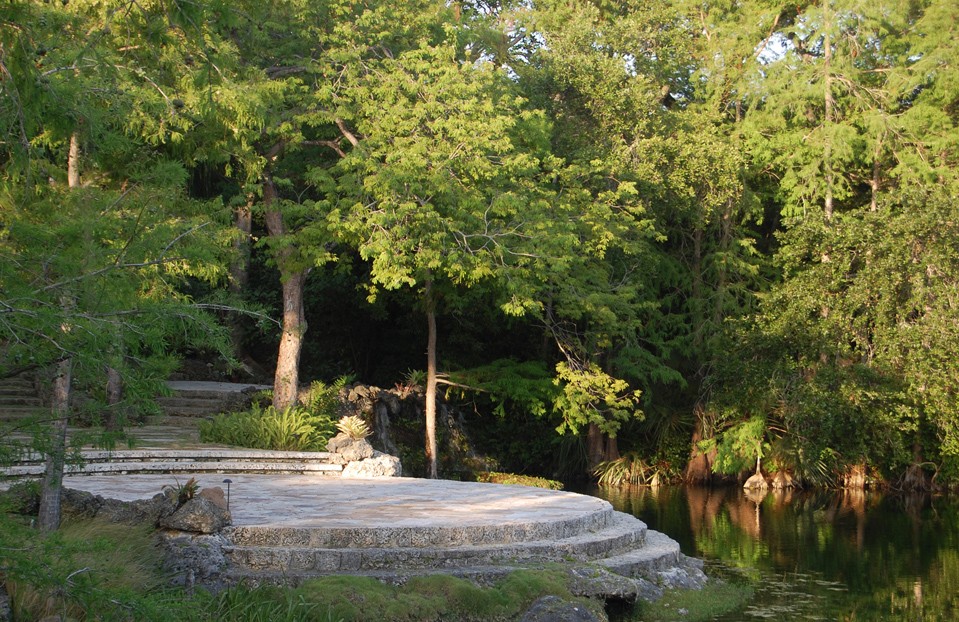 This property is located in the Village of Pinecrest, in Miami-Dade County, Florida. It is sited along two banks of an old oolitic limestone quarry that became an aquifer-fed freshwater lagoon. The design program called for large entertainment spaces for outdoor parties and fundraising events, while creating a place for casual relaxation in a naturalistic environment. The proposed site elements included a waterfall, a patio to accommodate 150-200 people, (dancing, dining, etc.) plus a music bandstand/gazebo area. To create a sense of spatial definition, the garden was designed with five distinct terrace spaces, situated at different levels.

The master planning of the site proposed the integration of the elevated pool-patio with the new area by eliminating existing visual/physical barriers and extending the patio and bar, enhancing its relationship to the existing lagoon. Conceived as a natural outcropping, the new waterfall was designed in a curvilinear shape as an extension of the existing promontory – retaining existing native specimen trees – following the north side of the property to act as the “backbone” of the garden. 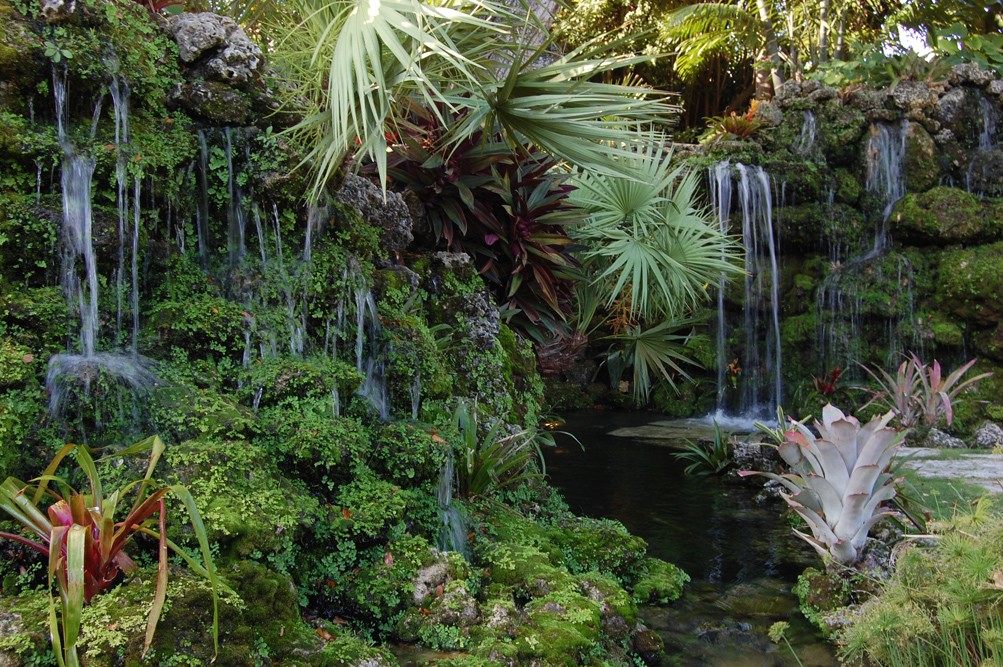 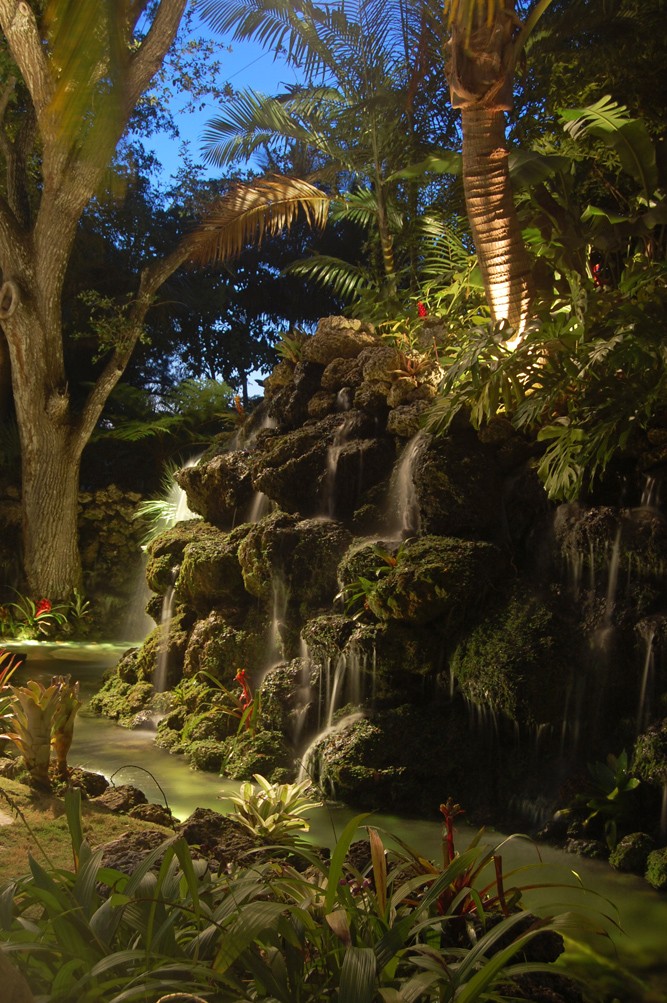 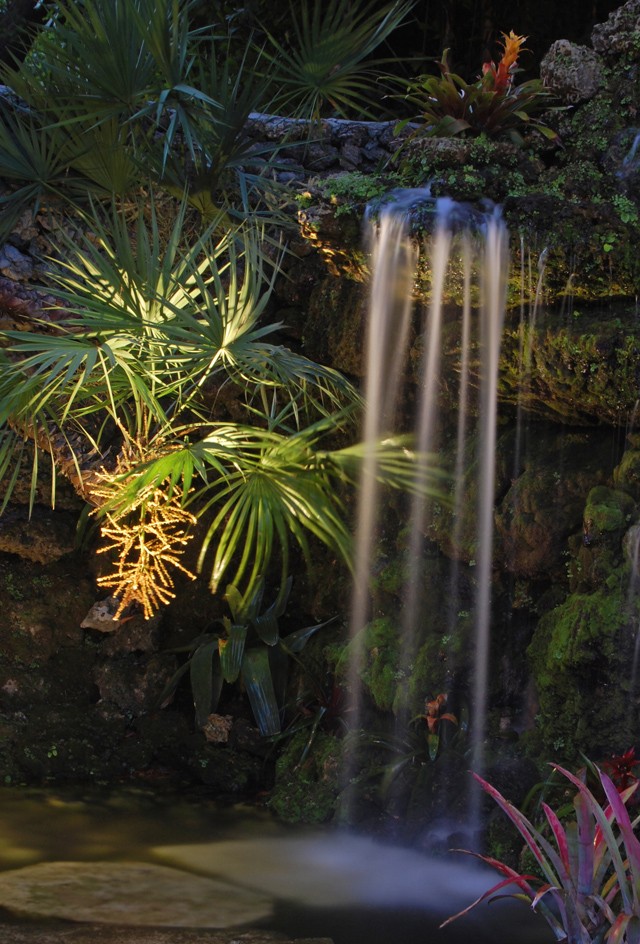 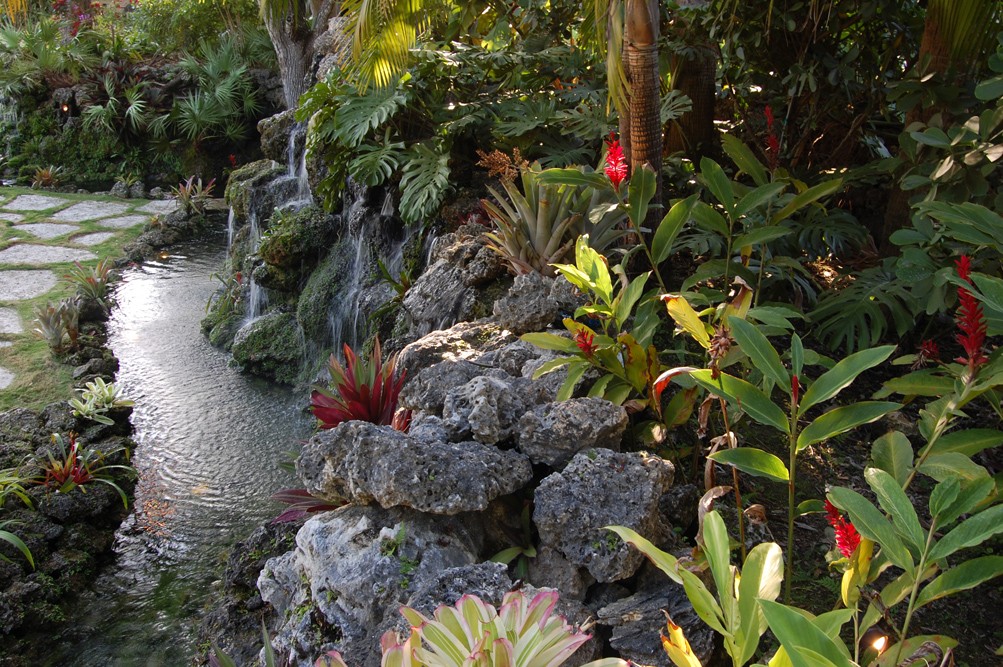 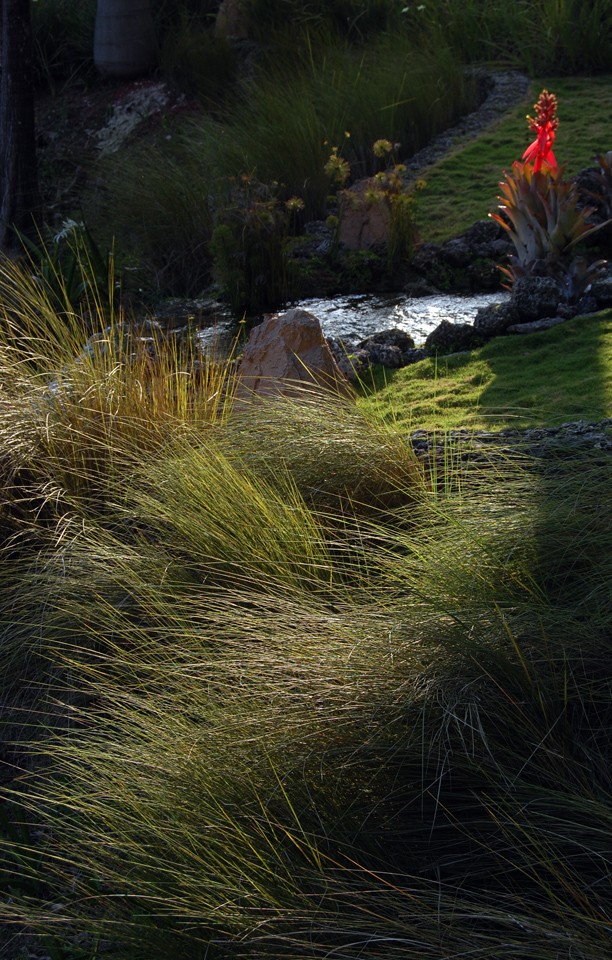 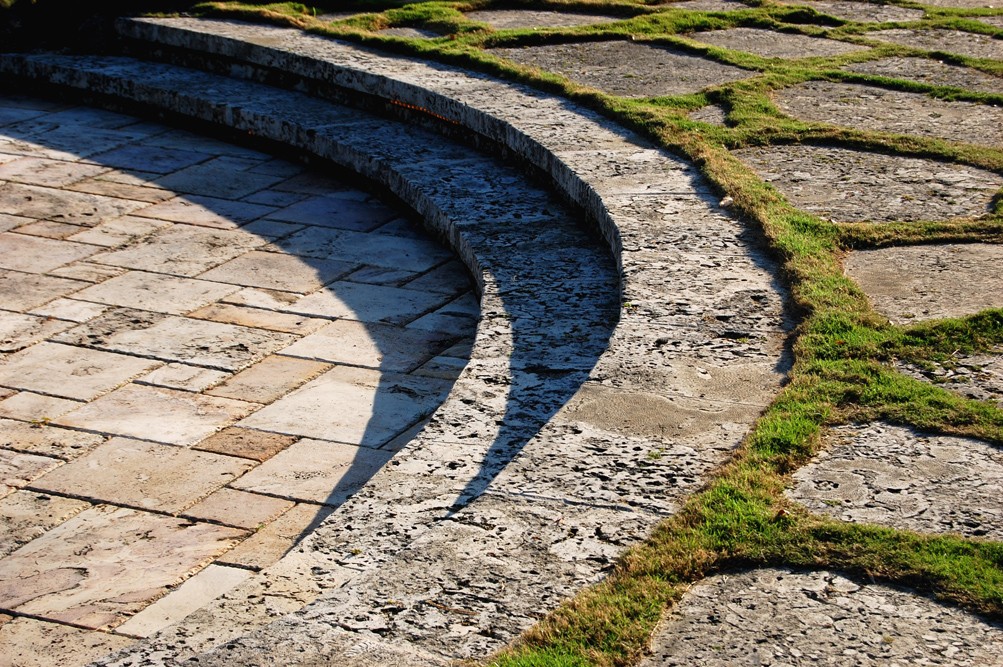